There is no doubt that Smart Cities hold a lot of promise to help make our communities safer, better places to live. But, as with every new technical development, there are risks. What are the components of a Smart City? What are the problems? More importantly, can governments keep up with technology?

People, when they hear the term "Smart City" for the first time, tend to think of energy, specifically, the arguments surrounding the move toward sustainable and ecologically-friendly energy. But energy generation is just one part of the Smart City concept. "I don't like talking only about energy when talking about Smart Cities," he said. Yasuhiro Kawai, a researcher over at Nikkei Business Publications, the organizer of SCW 2014. "Smart Cities are much more than that. A Smart City is, at its heart, a concept which introduces technology to create positive changes and make people's lives better. "

There is no one template for making a city smart, and the first step each Smart City program has to take is a local approach to solve local problems. Those approaches can then be expanded to include a larger area, but it is important to start small. The opportunities to apply technology in a community are numerous.

One major example in Japan right now is how many commuter rail companies in the country have integrated their monthly train passes with an RFID chip, which provides consumers with an electronic wallet of sorts. Each major railway company had their own system about seven to ten years ago, and each system was fundamentally incompatible with others. The Suica network of JR East, for instance, could not work on the Icoca terminals operated by JR West. Pasmo, operated by Tokyu, worked only on Tokyu-operated lines. A casual observer might be forgiven for thinking that this attempt at deploying smart city technology wasn't very smart.

However, since 2009, most systems created reciprocal agreements and now riders can transfer across railway lines using only one card. Point-of-purchase has been integrated as well. Mr. Kawai raised this as a point of starting small. "It looked really disorganized at the beginning. You had all these systems and they didn't work well together. Now, as the technology and the operations supporting the technology improved, they are almost seamless," he said.

Further, Mr. Kawai points to the pilot program in the city of Katsuragi in Japan's Nara prefecture, east of Osaka, where a group of seniors have signed up for medical monitoring wristbands. As Mr. Kawai explained it, the population of the village has thinned out over recent decades, as most young people have fled for the larger cities of Osaka and Tokyo to make a living. That has left behind a sparse population of older folks who are not as connected to the community as in previous generations. The medical bracelets monitor a person's vital signs and will notify a nearby hospital over the Internet if a problem is detected. It is just a pilot program, but it is also a very real example of how even a small, rural town can gain from Smart City technology.

Perhaps the most inviting target for Smart City upgrades involves the infrastructure of a community and the cars which drive its roads. There have been several remarkable advances in infrastructure science recently, the most notable of which is perhaps the concept of a solar roadway.

A couple of entrepreneurs in Sandpoint, Idaho (USA) have developed a 1.5 meter hexagonal solar panel encased in heavy-duty tempered glass which can withstand the elements and the constant pounding of cars and trucks on the road. Thousands of these panels, interlocked and connected by software, can provide a smart driving surface which can do everything from illuminate driving lanes at night to outline pedestrians crossing a street, all while providing electricity to the community and, of course, to the electric cars which will drive on those roads.

Cars, as well, are getting a makeover, and human drivers may soon be obsolete. Autonomous cars, as they are called, are cars with sophisticated navigation software onboard which can choose the most efficient or safest routes to take their passengers. Although Google has stolen most of the limelight in this area, Audi, Volvo and even MIT are researching self-driving cars. Many of the cars themselves have just made it out of the lab and are on limited street trials. However, it doesn't take much to put these two developments together to imagine a city where electric, self-driving cars are navigating on illuminated roads which generate power for the community.

For all its advantages, though, Smart Cities do have several obstacles to overcome. Perhaps foremost among those is the acceptance of some people in the community. What could be the issue? The problem, it turns out, is two-fold. First, people usually want to see a tangible economic benefit from an investment in the community. "For instance," he explained. Kawai, "if you invest community resources to place sensors on a bridge to notify maintenance of needed repair ahead of time, that's great. It actually saves money. But, the people don't usually see the benefit. Sure, the bridge gets repaired before small problems become large problems, but it doesn't mean that people recognize that as a tangible improvement. "

While getting people to see that matters like civic maintenance are taken care of before they become big problems is one roadblock to Smart City rollouts, another, larger concern is about what the technology represents. The ubiquitous placement of technology in everything someone does, from point-of-sale smart cards to mass transit to street cameras, in addition to the geolocation functionality present in today's smartphones, has raised fears of creating a "Big Brother" state where the notion of privacy becomes a forgotten relic of the past.

Implementing a Smart City program is a delicate operation. Mr. Toshiya Mochida, also of Nikkei BP, suggests starting small. "Start with a small area of ​​your town, with a technology for a very specific purpose. Trial it for a while, then invite feedback. Most importantly, governments and organizations should be transparent about their goals. What information will they collecting, and why ? " Information collection by governments and organizations is a prime concern, notes Kawai. "A vast majority of the information will just be archives, shut away somewhere, never to be seen or heard from again. But still, it's out there. Will it be managed? Will it be destroyed? These are things to consider, too, "he said.

Governments, too, pose a potential problem to Smart City development. Laws often do not keep pace with change. Technology usually advances faster than governments can react, leaving many technological advances in a legal gray area. The greatest example cited is copyright law when faced with the rise of the Internet in the late 1990s. Copyright laws created in the mid 20th century did not foresee the complexities discovered when the record companies fought Napster and other download services, and legal frameworks are still being developed to insure artists are fairly compensated for work.

Self-driving cars look to be the next chapter where technology is advancing quicker than the government ability to regulate it. A California Highway Patrol officer interviewed for this article said, "This opens up a whole new area of ​​road rules. We need to review licensing, insurance, safety standards, all these areas. Until we get that worked out, I can't see this going mainstream. " At present, even with a smart car, a qualified, licensed driver has to be in control of the vehicle.

The jackpot question, of course, is, "Where will Smart City technology be in 5 or 10 years?" Although tempting to do so, you can't really use technological achievements over the past decade as a roadmap for the future. If you were in 2004, then tried to map out what things would be like in 2014, could you really see how a simple cell phone, which had basic calling and, perhaps, mail / text functions back then, become the "computer in your pocket "that smartphones are now? Groundbreaking technologies now being researched – and those not even conceived of yet – will doubtless change the world and the way we live by 2024. Technological developments are at once iterative and explosive. Even a certain technology can branch out into multiple applications. Wearables, for example, look to be fading in the exercise and fitness circuit, but they are proving value among elderly and people who require constant monitoring.

One thing is for certain – technology and those who develop it will continue to change the way we live. The Smart Cities concept is being tested and it is an exciting and ongoing experiment.

How Does a Building Management System (BMS) Ensure You Peace of Mind and Comfort? 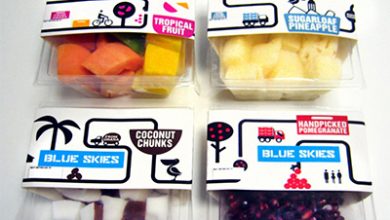 Integrating RFID Into Your Packaging 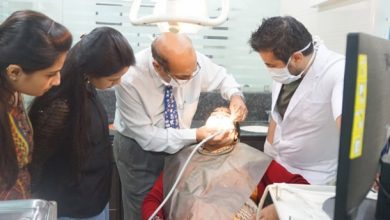 Learn New Dental Technology That Can Improve Millions Of Smiles 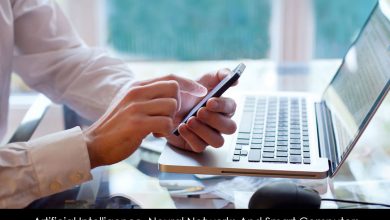 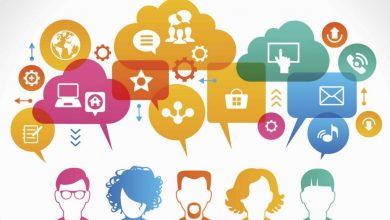