According to reports released on May 23, 2013, researchers at the University of London, England, have carried out the largest sequencing study of human diseases to date. In their study, the scientists investigated the genetic basis of six autoimmune diseases. The exact cause of these diseases-autoimmune thyroid diseases, Celia disease, Cohn’s disease, psoriasis, multiple sclerosis and type 1 diabetes is unknown, but is believed to be a complex combination of genetic and environmental factors.

The scientists, who published their findings in the journal Nature, estimate that the rare variants of risk genes account for only around 3 percent of the heritability of these conditions that can be explained by common variants. They say that the genetic risk of these diseases more likely involves a complex combination of hundreds of weak-effect variants each of which is common in people.

Bio engineers at the University of California, USA, said on May 21, 2013 that they had invented a waterproof fabric which can whisk away sweat using micro fluid technology. The new fabric works like the human skin. It turns excessive sweat into droplets that drain away by themselves. In their research, they developed a new micro fluid platform using water-attracting (hydrophilic) threads that were stitched into a highly water-repellent fabric. They were able to create patterns of threads that suck droplets of water from one side of the fabric, propel them along the threads and eventually expel them from the other side.

It is not just that the threads conduct water through capillary action. The water-repellent properties of the surrounding fabric also help drive water down the channels. Unlike conventional fabrics, the water-pumping effect continues working even when the water-conducting fibres are completely saturated, owing to the pressure generated by the surface tension of droplets. The rest of the fabric stays completely dry. By adjusting the pattern of water-conducting fibres and how they are stitched on each side of the fabric, the researchers can control where the sweat is collected and where it drains away on the outside.

According to a report released on May 16, 2013, in a major medical breakthrough, scientists have for the first time converted human skin cells into embryonic stem cells. These newly made stem cells are capable of transforming into any other cell type in the human body. The cloned embryos, created by scientists at the Oregon National Primate Health Centre, USA, can make new heart muscles and new bones besides brain tissue or any other type of cell in the body. The scientists used the same cloning technique that had created Dolly the sheep (the first cloned mammal) in 1996, overcoming technical problems that had frustrated them for more than a decade on how to create batches of the body’s super cells from donated skin.

The new technique devised by the scientists is a variation of a commonly used method called somatic cell nuclear transfer. It involves transplanting the nucleus of one cell, containing an individual’s DNA, into an egg cell that has had its genetic material removed. The fertilised egg cell then develops and eventually produces stem cells. The process is relatively efficient, requiring a relatively small number of human eggs to produce each cell line, making it practical and feasible.

A Mask That Gives The Wearer “Superhuman” Powers

The Royal College of Art in London announced on May 9, 2013 that its researchers had developed two 3D printed masks that can give the wearer “superhuman” sight and hearing. One of the masks covers the wearer’s ears, mouth and nose and uses a directional microphone to give him the ability to hear an isolated sound in a noisy environment. With the mask on, the user could select a person in a crowd and hear his words without any surrounding noise.

The other prototype is to be worn over one’s eyes. A camera captures video and sends it to a computer, which can apply a set of effects to it in real-time and send it back to the user. The wearer can use the mask to see movement patterns, similar to the effects of long-exposure photography.

According to the developers, the technology has many possible applications. The wearer could use the visual mask to analyse movement and technique in sports. Concert-goers could use the hearing mask to concentrate on a certain performer.

As per a report released on May 8, 2013, scientists at the Massachusetts Institute of Technology (MIT), USA, have developed a technique to lessen smoke emissions during the process of forging steel. This can go a long way in changing the image of steel making as one of the most polluting industries. In addition, there may be other side benefits as the resulting steel, according to scientists, could be of higher purity. The process may also turn out to be cheaper than the existing ones.

The researchers found that a process known as molten oxide electrolysis could use iron oxide from the lunar soil to create oxygen with no special chemistry. They tested the process using lunar-like soil from a meteor crater in Arizona, USA, where there are enough traces of iron oxide, and found that it produced steel as a by-product. The researchers’ method used an iridium anode, which is expensive and limited in supply, so it is not viable for bulk steel production. However, after more research, they identified an inexpensive metal alloy that can replace the iridium anode in molten oxide electrolysis.

An Insect-inspired Camera With 180-degree View

As per reports released on May 2, 2013, scientists at the University of Illinois and North-western University, USA, have developed a new insect-inspired camera that can take pictures across 180 degrees and deliver exceptionally sharp images. The camera features 180 miniature lenses and exceptionally wide-angle field of view. We humans capture pictures using the two lenses of our relatively flat eyes, while a top quality SLR camera has just one flat lens. The new camera a rounded half bubble, similar to a bulging eye of a fly has 180 micro-lenses mounted on it, allowing it to take pictures across nearly 180 degrees. This is possible only for a camera shaped like a bug’s eye.

With its wide-angle field of view, the new technology could be used in future surveillance devices or for imaging in medical (such as endoscopic) procedures. Its developers say that it would be simple enough to combine two of the hemispheres they have demonstrated to get a 360-degree view. This is because basically the procedure involves mounting many small eyes on one big eye. Each small eye, composed of a micro-lens and a micro-scale photo detector, is a separate imaging system. When all of these eyes are taken together, they will be able to take a clear picture, with just one snap, across nearly 360 degrees.

Researchers at Harvard University, USA, have successfully designed, manufactured and flown a small robot inspired by flies. The demonstration of the first controlled flight of an insect-sized robot marks the culmination of more than a decade’s work. It was created jointly by the Harvard School of Engineering and Applied Sciences and the Wyss Institute for Biologically Inspired Engineering at Harvard.

The project is called Robbie. It is inspired by the biology of a fly, with sub millimetre-scale anatomy and two wafer thin wings that flap almost invisibly (about 120 times per second). The tiny device represents the absolute cutting edge of micro manufacturing and control systems.

Scientists at the Carnegie Mellon University, USA, have developed a new technology that can enable users to turn any surface into a touch screen with just a wave of the hand. Demonstrated that based interface can be create’ anywhere almost at will. This is a significant improvement on earlier technologies which required some depth camera systems to b combined with’ a projector to turn any surface into a touch-screen.

The new system is known as World Kit. It enables a person to rub the arm of a sofa to “paint” a remote control for TV or swipe a hand across an office door to post calendar from which subsequent users can “pull down” an extended version. These temporary interfaces can be moved, modified or deleted with similar gestures, making them highly personalised.

The researchers used a ceiling-mounted camera and projector to record room geometries, sense hand gestures and project images on desired surfaces. Users can summon switches, message boards, indicator lights and a variety of other interface designs from a menu. The developers say that the users will ultimately be able to custom design interfaces with gestures.

A Robot That Can Predict Human Actions Accurately

Scientists at the Personal Robotics Lab at Cornell University, USA, said on May 4, 2013 that they had developed a new “smart” robot that can predict human actions with surprising accuracy. The robot can refill its master’s empty coffee mug and can also hold the door open for him/her. In addition, it can perform several other tasks. The robot basically learns to foresee human actions and then adjust accordingly.

From a database of 120 3D videos of people performing common household activities, the robot has been trained to identify human activities by tracking the movements of the body. Observing a new scene with its 3D camera, the robot identifies the activities it sees, considers what uses are possible with the objects in the scene, and how those uses fit with the activities.

Craze Of On-Demand Apps: It's Booming And Is Here To Stay 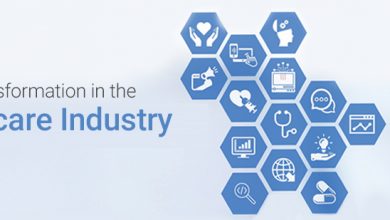 Digital Transformation and the Healthcare Industry 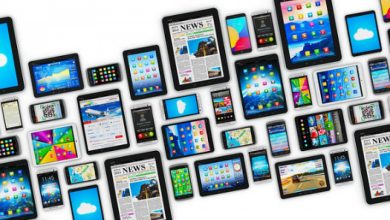 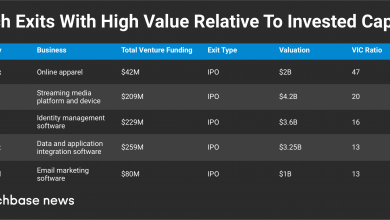 When It Comes To Technology Grants, Startups Can Offer More Bang For the Buck Than Universities 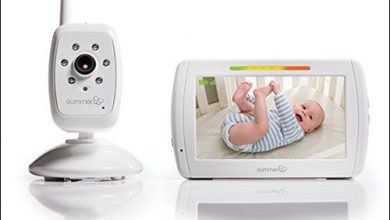 Do You and Your Baby Need a Digital Video Baby Monitor?