Ever since mobile phones became popular, the importance of rechargeable electric batteries has been growing steadily worldwide. According to Wikipedia, in 2013, there were an estimated 6.8 billion mobile phones in use globally (including smartphones) and 97 out of every 100 people in the world owned at least one mobile phone. These figures include some of the poorest among us. While a large number of users do not go beyond making mere voice calls (and infrequent text messaging), the availability of free, excellent, easy-to-use 'apps' (or applications), that grow in variety and number by the day , is gradually drawing many in this category to become 'core' mobile phone users. Many people that use PCs as their primary computing device today, aware that PCs will cede their position of preeminence in the computing world soon, are also beginning to switch to smartphones. These factors are expected to lead to a 35% increase in the number of smartphone users by 2020 (or 9.2 billion users, globally).

As smartphones become thinner, lighter, smarter, use larger displays and so on, they are also turning more power hungry. Thus, the critical need for high-capacity, super-fast charging batteries that may be recharged a large number of times before being trashed, for the success of future smartphones.

There are other important applications as well, that depend on fast charging batteries for their well-being. One is the much-feted electric vehicle (EV) industry. Users expect battery recharge time to be comparable to the time it would take to fill fuel at a gas station today ie of the order of about 4-5 minutes. Another highly important application is in smart grids – those intelligent electric power management stations, where inputs of electricity and outflows to users are managed. Large-capacity, fast charging / draining batteries are required to store surplus energy (whenever input exceeds demand) and release it whenever there is a deficit. Somewhat less critical, nonetheless important, are fast charging batteries used in smart watches, smart homes and personal health devices (PHDs).

A couple of years ago, it had become unmistakably clear that Lithium-ion batteries (the best battery technology in use presently) would be grossly inadequate for future requirements. There is such a wide gap between Li-ion technology and the projected battery of the future, that it became quite obvious that nothing short of a "quantum leap" (or revolution) in battery technology would suffice. That is why, while it hadn't yet come out in the news, feverish and frenzied research had been launched in many leading University & Corporate R&D centers to find that exalted battery technology of the future with features such as: charge time in the order of a few minutes or even seconds (wow!), lower weight (going all the way down to half in the case of EV batteries), greater capacity, safety (no electric fires and explosions reminiscent of the 2013 Boeing 787 mishaps to expect! ), significantly lower cost, easy handling and cycle times in thousands and ten-thousands!

To think of achieving a "quantum leap" in technology in 1-2 years' time would have left many in the scientific community, dumbfounded in the recent past. But now, things have changed! Man, having advanced the frontiers of scientific knowledge by unprecedented leaps & bounds in recent times, today's researchers, sitting at the very pinnacles of scientific knowledge, seem to offer highly promising solutions at the mere drop of a hat!

So here's a line-up of the most promising technologies that are undergoing research at the time of writing this article. (Note: Fast charging battery research is currently flooded with many alternate technologies competing for the No.1 spot. Being so numerous, the author has not attempted to present an exhaustive list. Instead, the list below represents the best of the whole lot, in his opinion.)

At the top of the list is Aluminum-graphite technology that is being developed at Stanford University, USA. It is wowing due its 1 minute (yes, 60 seconds!) Charge time. While its capacity is about half of Li-ion, it more than makes up for this shortcoming by its unbelievable charge time. Compared to Li-ion's life of about 1000 charge cycles, Aluminum-graphite lasts at least 7,500 cycles. It is much safer than Li-ion too – researchers say that even if you drill through it, it will not catch fire!

In the Aluminum-air (Al-air) battery, oxygen from the air is used in the cathode and consequently, a separate oxidizer is unnecessary. This type of battery has energy densities that could supply an EV with as much of power as to put it on par with its gasoline-powered counterparts. The range on a single, full charge is about 1000 miles! A couple of recharges may be all that you need if you drive up to 2000 miles a month!

ALUMINUM-AIR TECHNOLOGY (FOR EVs) (Reference No.2):

This is a different type to the Al-air technology discussed above. Wows because it runs on water (ordinary as well as sea water) and has 40 times the capacity of Li-ion!

What makes it wowing? It can recharge any phone, regardless of make or model, in one minute's time (max)!

Apart from phones, the charger can be used to charge wearables, PHDs, tablets and the like. However, there's a catch – although proven, it isn't commercially available yet! It may take a year from now before it becomes available in retail stores.

StoreDot will also be offering "FlashBattery for EV", a fast charger for electric cars soon. This product is slated to charge a car battery in just five minutes!

In this technology, electrical power used for charging is transmitted over radio waves.

Not very wowing, except that it's wireless and charges from a distance up to 20 feet. And there is a catch too – it isn't immediately available in the market.

It wows us by cutting 97% of (battery sourced) electricity production cost – while metal batteries provide 1 KWh of power at $ 700, organic flow batteries give you that much power for just $ 27!

Nanobatteries are fabricated from "nano" sized batteries (ie of sizes in the range of 10 raised to -9 meters). "Nano" batteries are created by placing two electrodes in a tiny hole (or "nanopore") in an electrically insulating membrane or metallic compound (like aluminum oxide) separated by a thin insulating film. A large number of "nanopores" are fused together to form a full battery.

Anything superlative about them? Yes! Nanopores are so tiny in size that they are not visible individually. They can hold up to four times the energy of Li-ion and charge to full in 10 minutes. Besides, they have a lifespan of about 1,000 charge cycles.

This is a technology breakthrough from Singapore-based Nanyang Technological University (NTU). By changing the graphite cathode found in Li-ion batteries to a low-cost gel made from titanium dioxide, NTU claims to have developed an ultra-fast charging battery that charges to 70% of its capacity in two minutes! Apart from the two minute charge time, what is wowing is its extraordinary lifespan of 20 years.

Primarily targeted at electric vehicles, the lifespan factor of the battery is expected to considerably reduce costs that would otherwise have arisen on account of frequent battery replacements.

NOTE: As mentioned earlier, fast charging battery research is an evolving field presently crammed with several alternate technologies that are promising. Technologies based on metallic foam substrate, silicon, sodium-ion, urine-powered microbial fuel cells, solar, hydrogen, candle soot and several others that are under R&D were bypassed while making the above list, which the author believes are the best of the lot. One notable omission is Meredith Perry's "over the air charging" technology, that uses electricity transmitted via ultrasound for charging. A much-awaited, highly-feted technology till a short while ago, it apparently failed to pass recent evaluation tests so that it had to be dropped from being considered.

References: (Cut + paste of link into your browser is required to access Reference Nos. 3 through 7)

5. StoreDot Ltd., "FlashBattery for Smartphones," StoreDot What We Do, store-dot.com/#!smartphones/c1u5l

Analog Copier and the Digital Copier - What's the Difference? 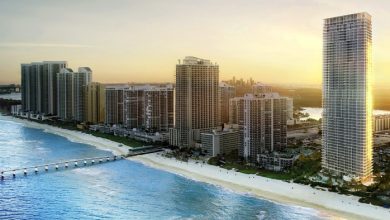 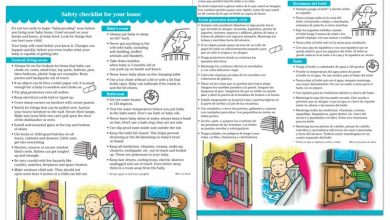 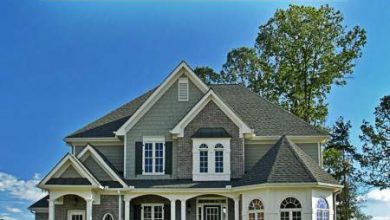 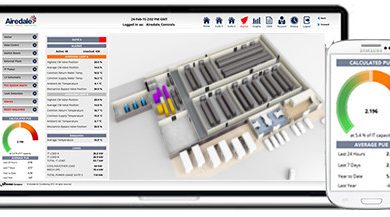 How Does a Building Management System (BMS) Ensure You Peace of Mind and Comfort?