In my day job, I am a First Officer on private jets. I am a professional pilot who flies all over the country to take the affluent where they need to go. One day I was flying into Baltimore Washington International Airport (BWI) to pick up another airplane so, as a crew, we could fly our customer to his home. The aircraft had been on the ground for about a week and a half. It didn’t make sense to keep us on-site for a week (and pay hotel, rental car, and meal expenses) so we flew home. I flew home back that morning and planned to meet my Captain at the jet, located at one of the satellite airports to BWI. I grabbed an Uber from BWI to the smaller airport and along the way my driver and I listened to the news. This day coincided with reports of yet another Tesla autopilot malfunction, pointing to the possibility of a recall of their automated systems. My Uber driver began asking about autopilot systems (since he knew I was a jet pilot) and it started me thinking.

The Aviation Industry has been dealing with the onset of automation for over 30 years. As computers and technology have become more advanced, smaller, and smarter, the level of automation has also increased. Today, modern airliners and private jets can literally takeoff and land by themselves, with as little as only weight and course information input by the pilot. However, the onset of automation also breeds an innate desire to trust the computer and disengage. The aviation industry took note of this early, and instruction in autopilot systems and knowledge has become a key part of any advanced pilot training program.

Automation was introduced into cockpits after the Korean War. One of the early tests involved a new system known as an “inertial navigation system” that was able to fly the airplane to a destination based on nothing more than measuring its inertia. In these early days, the pilot still manipulated the flight controls, but responded to a computer input that “dead reckoned” the position of the aircraft based solely on its movement. In the 1980s, computer systems and the advent of computer-controllable servos lead to the introduction of autopilot systems in aircraft. During the ensuing auto-pilot technology revolution, and the additional coupling of GPS to these systems, aircraft automation became more and more capable — but not without accidents.

The most infamous accident involving automation, and the most important one taught to new pilots, is the crash of Air France Flight 447 in 2009. For those outside of aviation, this crash involved an Airbus A330 en route from Rio de Janeiro, Brazil to Paris, France. The aircraft entered a stall condition at cruise altitude (about 30- 40,000 feet) and began a descent into the ocean. The data computer was recovered years later and the resulting investigation revealed important information. The first revelation indicated the autopilot was, in fact, engaged at the time. This is a normal practice, but the pitot tubes, the devices used to give airspeed, had become clogged and were no longer giving accurate airspeed readouts. Because of this, the automation went from its normal operating logic to what is called “alternate law” logic. For the purposes of brevity, the ultimate cause of the crash revealed the pilots did not recognize the inconsistencies in their airspeed, did not understand the autopilot logic, and did not continue to monitor their aircraft while the autopilot was engaged.

I believe that as the world begins to face automated cars for the first time, there are many lessons-learned that should be studied from aviation, and especially the crash of Flight 447. The lessons the aviation industry has learned came at the cost of human life. Everything from the mentality instilled in pilots, to the knowledge requirements, and the ability to manipulate the automated system should begin to make the shift into everyday life and into the basics of driver’s education classes around the world.

It seems to be a common misconception that pilots are not paying attention to the autopilot once it is engaged. The truth is pilots are now taught to “fly the autopilot” and to have the mentality, as the pilot, that you are not a passenger. Flying the autopilot is a simple concept that forces the pilot to verify all actions the autopilot is making. For example, if air traffic control tells the pilot to climb to 10,000 feet, we input 10,000 feet into the autopilot and tell it to climb to altitude. We monitor the system to make sure it “captures” that altitude as we are approaching and begins its level-off. If it doesn’t, the pilot has several options including disengaging the autopilot completely and manually flying the plane to the required altitude. Even in the cruise setting the pilot must remain vigilant. Human error can occur while putting in the flight plan and air traffic control can re-route in mid-air. It is not uncommon to “fat-finger” the name of a navigation point, especially in turbulence. The “garbage-in, garbage-out” saying of computer programming is very much a factor; the computer is only as smart as the information it receives. So, as pilots, we need to ensure the computer is flying the aircraft to its intended destination from start to finish.

Another major part of pilot training is the ability of the pilot to understand how the automated system thinks. For example, how does it capture altitude? What will it do if it fails to capture the altitude? What changes can be made to the system if it doesn’t capture the altitude, short of shutting off the autopilot and going manual? In the case of Flight 447, the automation system shut off the stall warning horn because it had unreliable airspeed information. This caused the pilots to apply an incorrect recovery action because they didn’t know the system logic. Today, flight training with these systems covers the programming and logic of the automated system based on what flight mode it is in. Pilots are expected to understand this system as well as all systems, such as the engine or electrical system in order to troubleshoot in real-time.

Combining actively flying the autopilot and understanding the autopilot logic, pilots are able to manipulate the system to effectively fly the aircraft, under automation, to its destination. Although systems are smart enough to be “push button, go flying” this is often not the case. Pilots use a combination of several different modes in order to accomplish the flight, ranging from full automation to a semi-automated state that still requires pilot input. Indeed, for the entire flight the pilot is actively engaged and checking what the autopilot is doing.

Automation is used in Aviation as a tool to free up brain power for other tasks. It is not a license to disengage from the act of operating your machine, but a method to take away basic tasks and to let the pilot work on more important ones. This is the same mentality that needs to be adopted and taught in driver’s education classes moving forward. To help facilitate this, there is a need to move away from the term “Driverless Car” as there is still a very real need for a “driver”. The nature of driving is going to change, especially as driving moves from a mechanical act to a more mental, management act. In aviation, this mindset has proven successful. It has resulted in fewer accidents and better pilots. As the general public begins to engage in automation for the first time, adopting the automation practices of aviation now will result in fewer accidents and better drivers in our future.

Colin J. Fischer is the author of “The Drone Pilot’s Handbook” available on Amazon, Kindle and at Barnes and Noble. He is a professional pilot with Trident Aircraft flying the Pilatus PC-12 and Phenom 100. 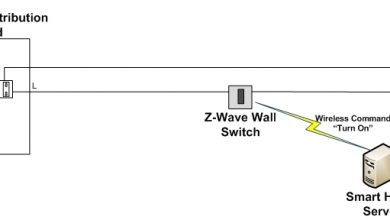 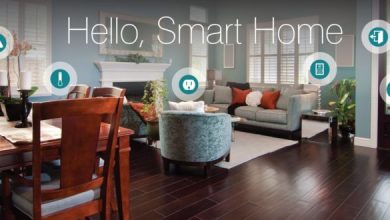 Would You Benefit From Living in a Smart Home? 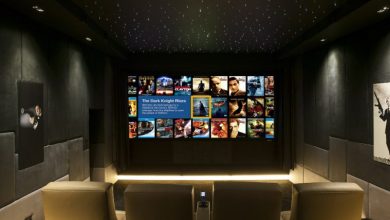 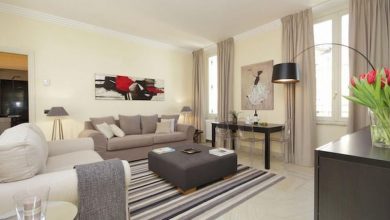